Snakes are not just a danger to people our pets all too often come across them and the outcome can be devastating.
Pets are at most risk from snake bite over summer with our vets often treating snake bite in both dogs and cats, particularly farm pets. Keep your yard clear of undergrowth, debris, holes, tools etc which make good hiding spots for snakes. Old corrugated iron sheeting and other iron objects left lying around are the perfect spot for snakes to warm themselves on or hide beneath.

Keep mice and rats, the favourite diet of snakes, away by limiting feed scraps as they may attract snakes.  Don’t leave food out for too long if you feed your pets outside.

Make sure your dog is on a lead and under control when in a dangerous snake areas, such as long grass and around dams and other water catchment areas or creeks and rivers where snake navigate towards.

Snake venom acts in a number of ways and signs increase with time. Animals, particularly cats, are often not noticed until the toxin has started to work. The toxins damage the nervous system causing progressive paralysis, decreases blood clotting, damages muscle and has secondary effects on kidneys.
The initial sign of a bite, if you happen to be around, often include:

Often the animal appears to recover after 30 minutes or so, then other signs slowly develop. The other signs usually start to develop in a few hours but sometimes are not noticed for 24 hours. Because of their behaviour, cats are often more affected before it is noticeable.

Often the first sign of a snake bite is the pupils in the eyes become enlarged and do not close in bright light. Another sign is the animal is “drunk” or weak in the hind legs. Dogs are usually noticed wobbly in the hind legs, while cats are often fully paralysed before they are noticed. As the effects of the toxin increase, the animal will have trouble breathing, may have red-brown urine due to muscle damage and will have poor circulation.

What to do if your pet is bitten

Try to stay calm and take your animal to your Fur Life Vet as soon as possible. Ring the vet clinic first and organise the details to avoid delays at the other end. IF, the snake is found dead, bring the snake in as well, but do NOT attempt to kill the snake – you may become a victim.

There is a blood or urine test that can identify whether your animal has been bitten and the type of snake responsible so it is not neccessary to put yourself at risk or to waste time trying to identify the snake responsible. What Will the Vet Do

The vet will assess your animal and decide on the best treatment. Most dogs and many cats will die without antivenom. If possible, the vet will identify which antivenom is needed – but we have less variation in our area than other places. The anti-venom needs to be given carefully, with fluids and other medications. The animal will stay on fluids for an extended time to aid recovery and decrease secondary damage. In some cases oxygen may be given.

If unsure if the animal has been bitten, a swab for venom may be attempted, but often blood is tested for muscle and clotting damage. The animal will be monitored, given fluids, pain relief and other medication until the animal is OK to go home. Many, but unfortunately not all snake bitten dogs, will recover. 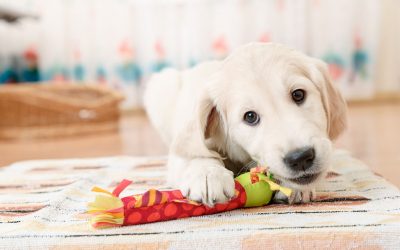 How to Socialise Your Puppy

Did you know the socialisation period of dogs is... 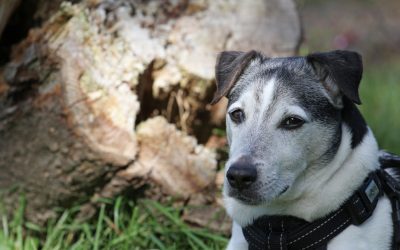 A surprisingly common finding at routine... 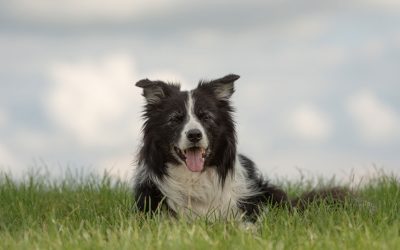 Is dental disease the underlying problem?

Case Study – Eye and Ear issue in a geriatric...